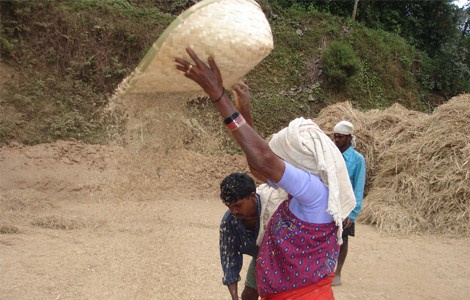 PEEP is an NGO, wich has been working for the last five years among the Paniy atribe who are settled in Wayanad, Malappuram, Kannur and Kozhikkode districts of kerala. The tribe population of Kerala, merely comes to 1.15 percentage of the total population of the state. Amoung them Paniyas are the largest and the most back ward tribe with population of 80,000. The total populatioin depends on agriculture and plantation labor for their livelihood.

However, as there was a sharp decline in paddy cultivation in the state of Kerala their life also became miserable. Moreover, educational, health and socio-economic backwardness make them reel in abject poverty. Even now mejority of them don't have a piece of land or house of their own. Most of them are illiterate. Therefore, PEEP came into existence on the realization that only education and awarness can transform this group.